Can A Fixed “Suspension” Thwart a Conviction for DWLS-HTO 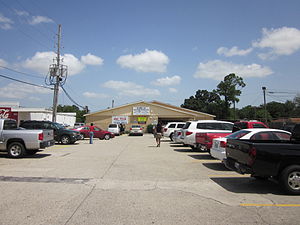 I have been perplexed by an issue that seems to depend on the Court I am before. When a client hires me with a new law offense for driving while his license has been suspended as a habitual traffic offender [HTO] and I am able to remove the HTO status and get him a valid drivers license, can the state still prove their case? The statute  (s.322.264) defines HTO as “[a] ‘habitual traffic offender’ is any person whose record, as maintained by the Department of Highway Safety and Motor Vehicles [DMV], shows that such person has accumulated the specified number of convictions for offenses described in . . .”  Some judges will note the new driving record and find no factual basis for the offense causing the state to drop their case. Other judges are under the belief that it is what the Department records reflected on the day of the arrest and will not dismiss for lack of factual basis.

The “No Factual Basis” Argument

In Rodgers v. State, 804 So.2d 480 (Fla. 4th DCA 2002), the appellate court was presented with the question of whether a computer printout of the defendant’s driving record (as maintained by the Department) was sufficient to present a prima facie case for the first two elements of the offense of driving while license suspended for HTO [DWLS-HTO](that 1. the defendant’s license was suspended under s. 322.264, and 2. that the Department gave notice of the suspension to the defendant). The answer was in the affirmative.

To sum up the requirements for a conviction under section 322.34, the statute as written by the Legislature merely makes it necessary for the state to prove by competent evidence that DMV maintains a record on the motorist, that its record shows the requisite three separate DWLS convictions within a 5-year period, and that DMV gave the motorist the statutory notice. These statutes permit the state to make this proof by presenting a certified copy of the motorist’s driving record maintained by DMV.

Typically, the state has in their possession (and they provide through discovery) a copy of the defendant’s driving record that is usually within a month of the arrest but not on the date of the arrest. This record will show that on a specific date before the arrest the defendant’s license was suspended for a period of time that extended through the date of arrest. It will also show a date that is allegedly the date notice was sent to the defendant. According to Rodgers, this is all they need to introduce to get past a judgment of acquital [JOA] for the first two elements of the offense. See Arthur v. State, 818 So.2d 589 (Fla. 5th DCA 2002); Bowen v. State, 833 So.2d 288 (Fla. 5th DCA 2002);  see also, Card v. State, 927 So.2d 200 (Fla. 5th DCA 2006).

By logical implication a record, as maintained by the Department, that does not show a suspension prior to the date of the arrest would not present a prima facie showing to withstand a JOA.

As Maintain on the Date of Arrest

The other argument is that it doesn’t matter that the record has been “fixed” it just matters whether or not the Department maintained a record on the day of the arrest that reflected a suspension and notice. This theory is supported by State v. James, 928 So.2d 1269 (Fla. 2d DCA 2006).

The definition of HTO refers to the records “as maintained by the DMV.” In the scenario above, the maintained records on the day of the trial would not show the suspension. However, James suggests that it is what the records reflect at the time of the offense. The state can only show what the records reflected on day 20. Is this enough for a judgment of acquittal? It is definitely enough to argue that the charge has not been proven beyond a reasonable doubt. And if the State tries to argue that the record was “fixed” object as to facts not in evidence (unless they have done their due diligence and produced the certified records of the “fix”).

So the question remains, can a fixed suspension thwart a conviction for DWLS-HTO?

As of the day of this post I have yet to go to trial and argue this issue.

← What can you do with a BPO drivers license?
Double-Jeopardy Issues with Suspended License Cases →

Eric J. Dirga has been a Central Florida criminal lawyer since 1995. He represents people for ➠ expungement of arrest records, ➠ criminal defense, and ➠ traffic and license issues. He is the author of the DIY Florida Expungement Book "Erase Your Record."

This website is designed and written for informational purposes only. Nothing on here should be construed or thought of as legal advice. Legal advice is available through direct contact with the attorney. The hiring of an attorney should not be based on advertisements alone.